A Monitor in the Ball Room Hotel Onesto

Take any opportunity you are offered to see Historic Hotel Onesto!
Last Thursday evening from 4:30 to 8:30 Alyson, and I attended this beautiful event.

In 2010 the Ramsayer Research Library accepted a gift from the daughter of Anna Yanecko Lovaty. (1922-2010)  Anna acquired the photos while employed at the Onesto. While Anna was serving as Onesto’s head maid for a period in the mid-1950’s she had the opportunity to acquire a collection of seventy-one photographs.   “They were scattered around the lunch room” one day, and the staff was told they could take what they wanted as they were not needed any more.

Copies of this valuable collection were sold to Coon Sealant & Restoration Company to help in restoring much of the hotel to it’s 1930’s look.  I was approached by the committee of The Akron Law Alumni Association, and The Stark County Bar Association to create a movie to illustrate Francis A. Onesto, and his masterpiece, Hotel Onesto.  I call the movie, Francis A. Onesto’s Rise To The Top of Canton, Ohio.  Its uses the photographs from the Lovaty collection, as well as images, and text from the Canton Repository.  Thank you to Richard White, and Thomas Haas for their research contributions! Thank you to Susan Henry for tirelessly compiling information to fill the vertical files week after week! These volunteers are invaluable! Thank you!!!

A Monitor by the Bar, Playing the Movie

Thank You for the Support Alyson! 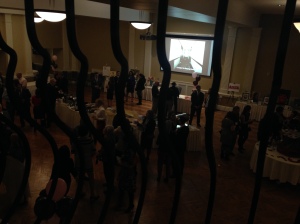 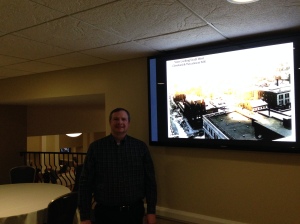 One of the Many Chocolate Tables! 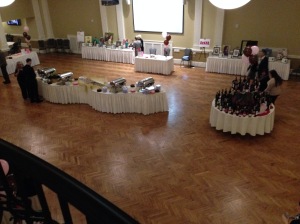 What a thrill it would be to show this movie to Anna Lovaty, and see her face when the over-sized images from her collection appeared on the large screens!

Kids Are the Responsibility of Everyone was a huge success!

Last Wednesday, I was given yet another “Nickel Tour” of, The Historic Onesto Lofts!

The event committee asked me to meet with Chuck Schuster, to test the movie. I ran into Brett Haverlick, who is overseeing the restoration project for Coon Restoration, and he took me on every floor!  We began with a ride up to the twelfth floor, and we walked all the way down! It was awesome!!!

An Original Door in the Hall on the Twelfth Floor

View History, From the Top… 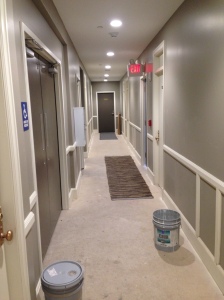 A Completed Hallway to the “Sleeping Rooms” 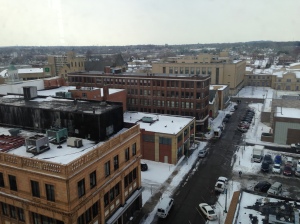 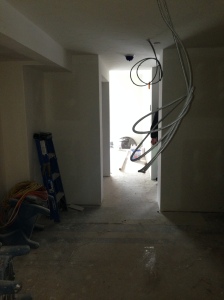 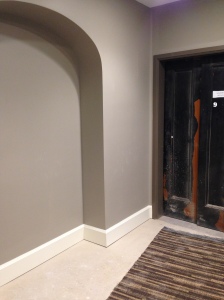 The Barber Shop, Converted into the Honeymoon Suite

Then, we went on a basement tour!!! 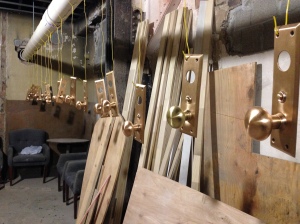 The Door Knobs for the Original Sleeping Room Doors

The Original Electric Room is on the Left

The Equipment Is Disconnected, of Course! 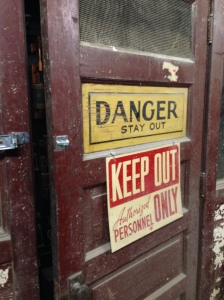 The Room Will be Cleaned, and Set Up for Display

The guests on the twelfth floor wanted ice cold water to drink too! The Onesto had a system where they brought in ice, and put it in a cooler in the basement.  The chilled water was forced to the twelfth floor for cold refreshing drinking water for all of the floors! 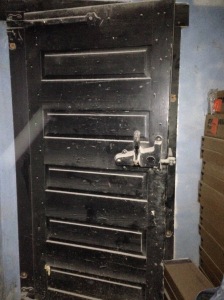 In a previous post, I showed you this photograph of the location of the Smoke Shop. 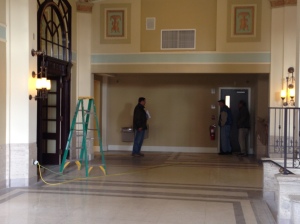 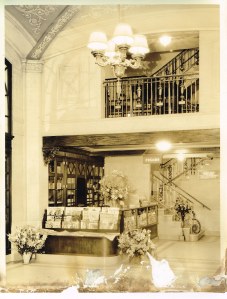 I was disappointed when I assumed they took down the beautiful original railings.  This trip I learned they are still in place, doing their same job.  They are covered by a fire wall. 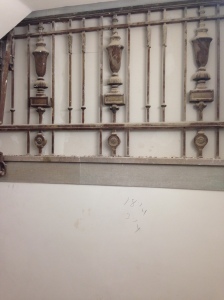 The Entrance to the “Tunnel Room” 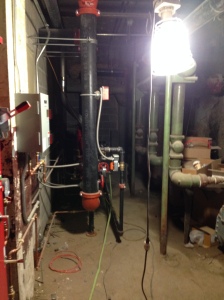 The Cinder-Block Wall is the Sealed Entrance to the Tunnel that Lead Underground to the St. Francis on Tuscarawas Street West!