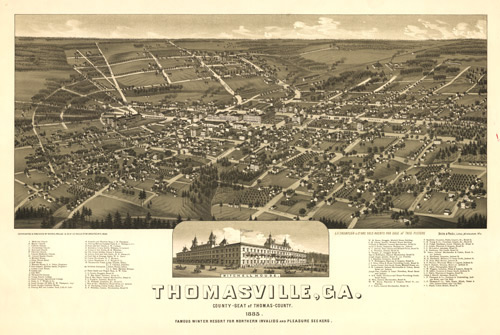 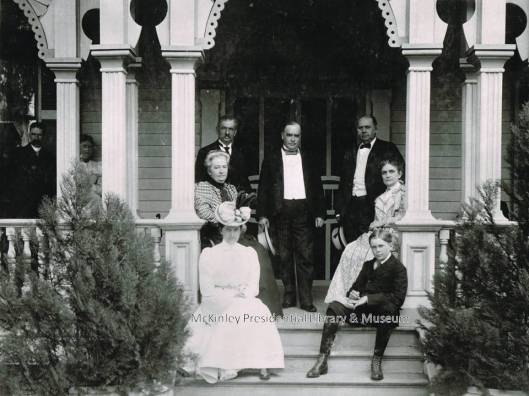 Mark Hanna invited Governor McKinley, and his wife Ida to his winter home in Thomasville, Georgia in March of 1895.  This would be the considered by some to be the boom of the McKinley campaign.

Our historian from the 50’s & 60’s Edward Heald accounts of the beginnings of McKinley’s grasp for the “Big Fish,” the presidency! This story from E.T. Heald was first a radio broadcast on W.H.B.C. on April 26, 1954, then published in 1959 in Volume IV Part Three of the Stark County Story.

E.T. Heald was making his way to Clearwater, Florida in the spring of 1954. Stopping in Thomasville, GA, he walked around the town inquiring if anyone could be found who could recall William McKinley’s visit.  The response every time was, go see Ed Jerger,  proprietor and editor of the Times-Enterprise, the local newspaper in Thomasville.  Jerger recalled meeting Governor McKinley when he was eleven years old.  He and his mother met Mr. McKinley, and he distinctly recalled his mother telling the Governor of Ohio she was glad to meet the next President of the United States.

Heald asked if he could find any accounts of the ball thrown for the Governor and his wife during their visit to the town. Jerger replied their would most likely be a write-up in his newspaper.  The back issues were bound and lived in the town library.  Heald went to the library and found the accounts of a lovely ball held in the Mitchell Hotel where 500 people were invited to see the Ohio Governor and his wife.  All of the dignitaries of the city of Thomasville were invited, including Captain Hammond who paid high tribute to the Governor.

The trip proved to be monumental.  Its illustrated McKinley’s attachment to the South. He received the backing of powerful southerners as well as northerners in March of 1895, went on the win nomination of the Ohio State Convention on May 29, 1895, and the Republican Nomination for the presidency on June 18, 1896.

“McKinley was the first president after the war (Civil War) to break down sectional feeling and to bring about a new understanding and good will between North and South.” – Edward Heald

The Canton Repository accounted the Governor and his wife Ida moving on to Jacksonville, St. Augustine, Palm Beach, FL, and back to Savannah, GA.