Today we feature a book published in 2007 by Arcadia Publishing, Written by our Museum Curator, Kimberly Kenney! This book can be purchased in the Museum Shoppe, and is available for reference research in the Ramsayer Research Library.

Canton’s Pioneers In Flight is a 154 page book that focuses on the citizens of Canton, Ohio that “took to the air” after Wilbur and Orville made that triumphant flight December 17, 1903. 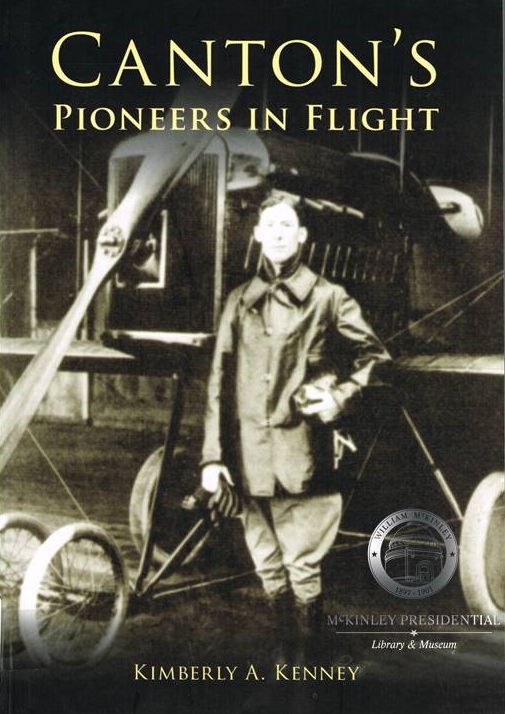 The focus of this blog post is Raymond “Bud” Sherrick, and his daughter Joan (Jo Anne) Sherrick.  Bud’s story can be found in chapter 6 of Kim’s book titled, Any Sane Person Took a Train, Canton’s Early Airfields.

Last week Joan Sherrick visited the library along with her daughter, and grandson.  She told the story of her father Raymond performing stunts in an airshow at Milton Dam near Milton, Ohio.  She said her mother being six months pregnant with her, watched her husband’s plane fall to the ground. Raymond Sherrick just twenty-eight years old, was killed.  Raymond served during The Great War as a Naval Aviator.  He resided at 1937 Tuscarawas Street West in Canton.  He graduated from Central High School, in 1915, and later from The University of Michigan in 1923. 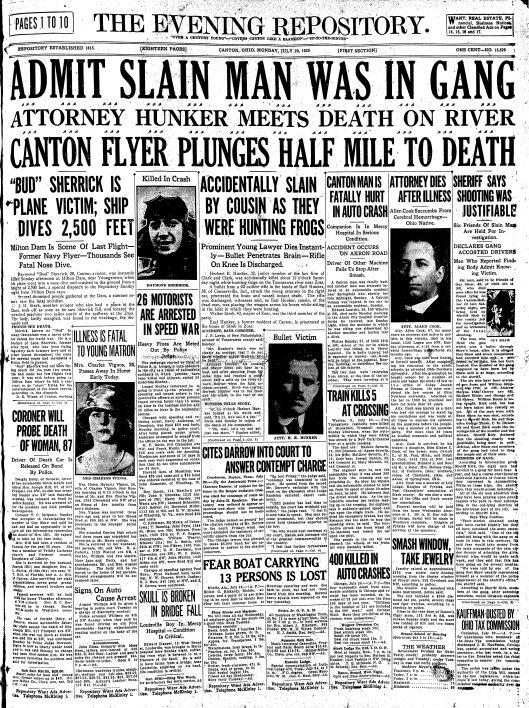 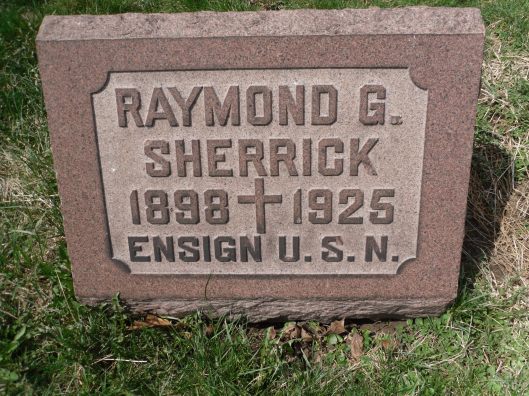 It was an honor to meet this family who holds an important link to our Stark County history.  Thank you for sharing your story!

Raymond Sherrick’s memorial can be found following this link to Find-A-Grave.