The community we serve is not limited to Stark County.  We recently received a call from the City Archivist of Deadwood City, South Dakota.  Their community is creating a history walk and the location of the City Jail is one of the stops along the way.  Mike Runge, City Archivist called us after discovering an invoice created by the Diebold Company of Canton, Ohio dated 1885.  He requested some background information on the Diebold Company that made the City Jail in his town.

Tom Haas, Volunteer in our Ramsayer Research Library  received this call and went to work finding the information Mr. Runge requested.  Tom found much information on the Diebold Company itself.  He had to dig a little deeper to find out about Diebold making jail cells, and their locking systems.

Tom and I had two questions that were unanswered.  What root did the railroad take from Canton, Ohio to Deadwood City, South Dakota?  And, how long did the trip take?  I was out to Cherry Creek, South Dakota in 1988 for a church mission trip and it took us three days by bus.

Below is a link to South Dakota’s State Historical Society’s flickr page.  It shows the city jail with this caption: Deadwood Jail

First jail at Deadwood, 1876. The city was wide open and needed a jail. Miners carried a lot of gold, and gamblers, prostitutes, gunslingers, and thieves were out to get what they could. 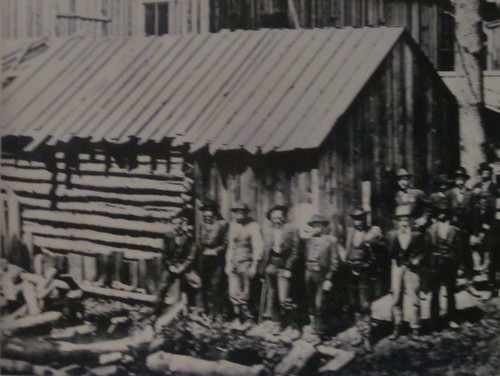