An interesting post arrived recently from a gentleman from the Wayne County Historical Society of Ohio. They are planning a large permanent collection display of fine china manufactured by the Coxon Belleek Company of Wooster. The company was established in 1926. The inquiry concerned a competitor, Morgan Belleek, established in Canton, Ohio in 1924. Since both companies operated during a similar time frame, in close proximity, could they have had any communication or cooperation with each other?

Belleek China is world-renowned and was first made in Belleek, Ireland, in 1857. It was known for its fine luster, daintiness, feather-like weight, and ceramic composition called “frit.” It became so popular that many companies copied the style and also called it “Belleek.”  Belleek China was first made in the U.S. in Trenton, New Jersey, when Walter Scott Lenox and Jonathan Coxon founded the Ceramic Art Company in 1889.  Some of the production workers and artists were brought from overseas to work in the company. The company became known as Lenox China in 1906.

Jonathan Coxon’s youngest son Fred moved to Fredericksburg, Ohio, near Wooster and opened a small pottery. He persuaded his brother Edward and his son Edward Jr. to join him in Wooster to start Coxon Belleek, using their father’s formula.  From the beginning, the quality of Coxon Belleek matched that of Irish Belleek. About 60 patterns are known, the most common one being D-1025. In 1929, the Coxons sent a 24-piece platinum-decorated set of dinnerware to President and First Lady Hoover.

Meanwhile, in Canton, Morgan Belleek China was doing very well. It was incorporated in 1923 with capital of $150,000 and located at 1465 Walter Court SE.

With approximately 25-35 employees, and only one salesman, C.E. Willis, sales eventually expanded up to $125,000 per year. J.S. Willis was President and head production man was William Morgan of Trenton, New Jersey, who had gained experience with Lenox dinnerware.  Hugo Papert was the top artist of the decorating department and the china was known as “beautiful, artistic and expensive.”

Morgan Belleek had three regular firing kilns and three decorating kilns. Complete dinnerware lines were sold, with a less expensive 83-piece set priced at $295 and the Victoria 93-piece set costing $425. Local jeweler E.T. Cusack had the showplace for Morgan Belleek, with samples of the wares on display. Local purchasers of complete sets include H. H. Timken, J. K. Vodrey, Roy D. Moore, A. M. Luntz, and William Vodrey. The dinnerware was prized for its iridescence, obtained by a means of metallic washes, and it was sold by 100 top quality retailers across the country. 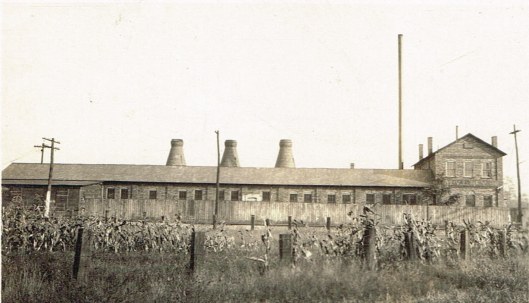 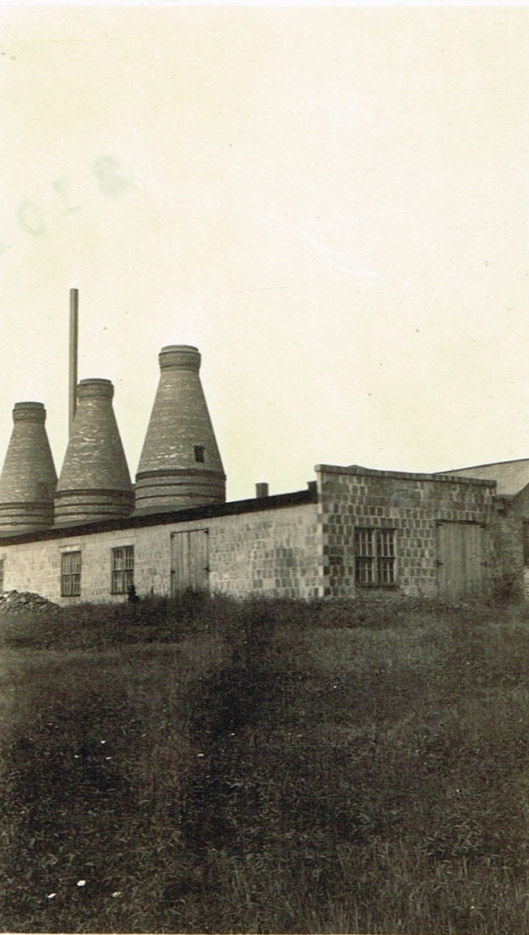 Over 20 different patterns were produced, one of the finest being the cobalt brand with a 24 karat gold band on the outside. The cobalt blue was put in a high-powered kiln for 2 days at 2100 degrees and a blend of flint, feldspar and potash were used to produce its translucence.

The years 1926 through 1928 were the heyday for both Coxon Belleek and Morgan Belleek.  The Great Depression brought the end to both companies as fine china was considered a too highly-priced luxury during such lean times. Morgan Belleek was in receivership by 1929, was then purchased by American Chinaware, and subsequently closed. Coxon Belleek was out of business by 1931.  Their main competitor, Lenox China, went on to survive.

By 1934, the property of Morgan Belleek sat vacant.  Today, an intrepid investigation turned up the remnants of the company, nothing but foundation left.

“Scars in the earth”, as someone described it.

The McKinley Museum is pleased to have a number of exquisite examples of Morgan Belleek in its collection, on display in a glass case on the second floor. The Wayne County Historical Society will be having a grand opening of their permanent collection of Coxon Belleek in September of 2018. 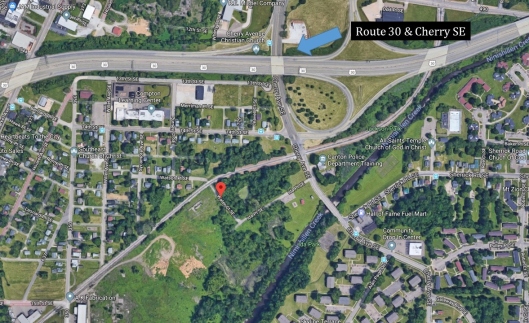 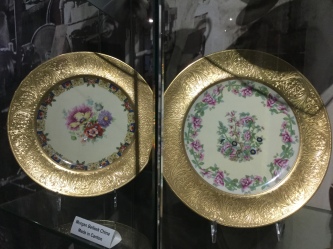 Research did reveal another connection between the companies. John I. Bahl, an experienced decorator from East Liverpool, was first employed by Coxon Belleek, and later went to work for Morgan Belleek after it was purchased by American Chinaware.  Also, both companies were dedicated to pursuing the quest to rival Lenox in excellence and there were many parallels between them. Their desire to create exquisite and delicate china, inspired by the Irish Belleek. The migration of some of those talented overseas artists and producers to Trenton, New Jersey, and the subsequent relocation of Fred Coxon and William Morgan to Ohio.  Amazingly, many of these delicate pieces of china survived and are treasured today.

In the U.S., when a plate bears the name of its country of origin, it was probably made after 1890, when the McKinley tariff required such marks on imports.