On January 2nd of this year a donor brought into our Library a large box of negatives from a photographer that operated in Canton, Ohio in the nineteen fifties.  The donor told me his father was the photographer and the photography business was finished before he was born.  Victory Chapman was a wedding photographer and we now have hundreds of negatives of weddings that happened in Stark County during the 1950’s. This week I decided to unpack the box and see what I really had in this archive.

One of the Kodak boxes was marked Middlebranch High School Majorettes taken October 13, 1956.  Wanting to know more about these photographs from Plain Township I asked one of our volunteers in the library if he knew anything about them and he suggested I talk to another one of our volunteers who knows some history of Middlebranch High School.  This volunteer suggested I speak to Connie Blinn and went on to say because of the time these photographs were taken Connie may even be one of the majorettes. Taking a closer look at the carefully packaged negatives of each group of photographs of majorettes I discovered Connie Pavey whose married name is Blinn. 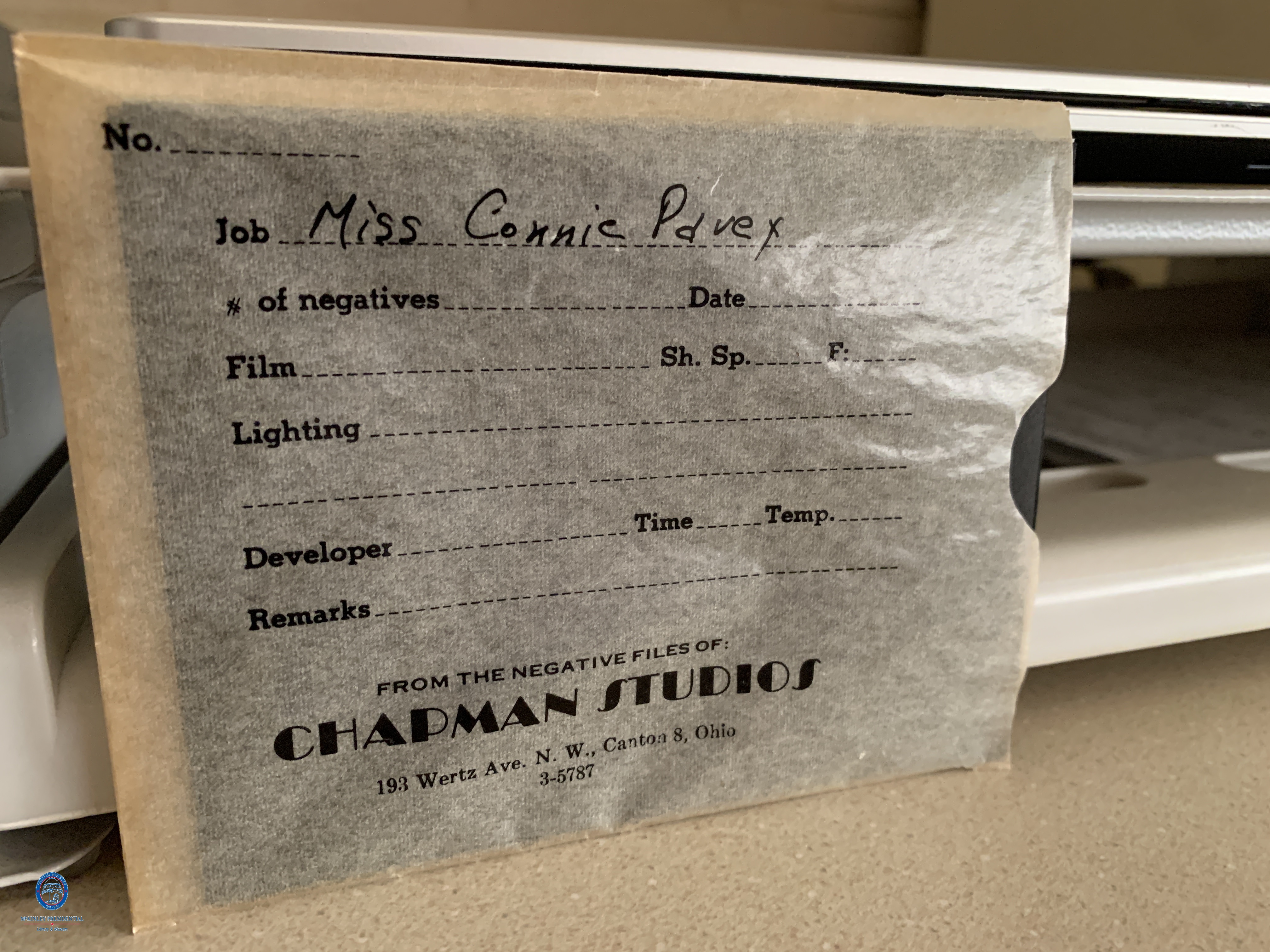 Where do you go in Stark County to pose for pictures?  The “Monument!” Connie graduated in 1957 making this photography session the fall of her senior year.

Judy Pocock who volunteers in our library and is a longtime friend and was a year behind Connie at Middlebranch called her to let her know.  Connie subsequently visited our library and viewed four photographs that Victory Chapman had taken of her at the McKinley National Memorial.   She brought with her a framed photograph in color of one of the poses. Connie was thrilled with what we found in our archives and she told us how fun it was to come and see a bit of her history.  Thank you Connie for making our work fun too.

2 thoughts on “Tales from the Negatives: Majorette Found in Middlebranch…”