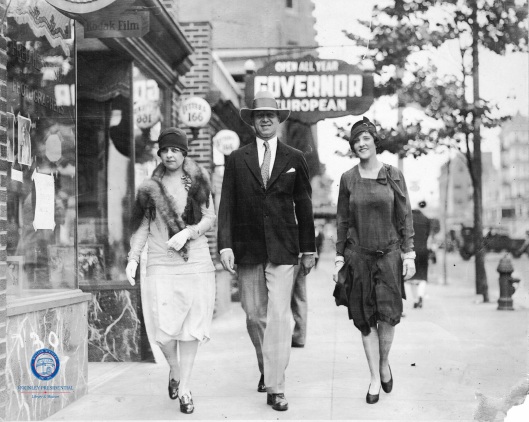 While going through two boxes of papers and photographs left behind by Mrs. George Forbes Putnam better known to her readers as Gretchen Putnam, Editorial Staff member at The Canton Repository, I discovered a really great photograph of Gretchen in Atlantic City walking down the street with an unidentified gentleman, and a twenty something year old Irma Steele.  The questions I had were: Why are these ladies in Atlantic City, and where specifically was this photograph taken?

First I looked at what was written on the back of the photograph and guessed it said Irene Steele, but some further digging revealed it was Irma Steele.  A quick search in a database that contains the Canton Repository told the story of how Miss Irma Steele of Canton, Ohio became “Miss Canton” in 1927.

In a letter written by Gretchen Putnam that appeared in the Sunday September 11, 1927 issue of the Canton Repository we learn that “Miss Canton” Miss Steele won “Most Beautiful Girl in an Evening Gown.” She first thought of her friends back in Canton, Ohio when accepting this award.

While the McKinley National Memorial was still being constructed Miss Irma Steele was born in Sharon, Pennsylvania in 1907.  She lived most of her life in the Canton area.  Irma was working for the County Recorder at the of the beauty contest.  She went on to marry Hubert E. Dougherty who owned Industrial Tools Company of Stark County.  Irma became the secretary-treasurer of the firm.

Irma Steele Dougherty died at Timken Mercy Hospital on Tuesday March 12, 1974.  Two years later in 1976 her husband Hubert followed her to the hereafter.  They are buried in Sunset Hills Burial Park in Section 19 Row 4, close to the road. 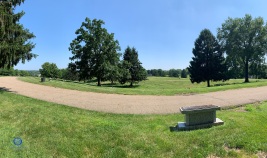 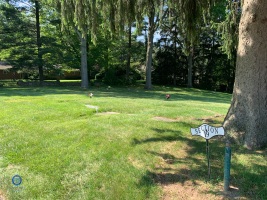